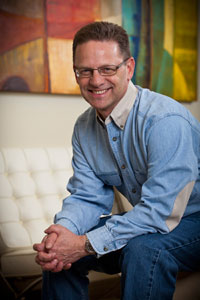 In 1992, Vince Murchison began his legal career with Jenkens & Gilchrist in Dallas where he practiced in the areas of upstream exploration and production and energy-related environmental law. After 13 years at Jenkens, Vince was recruited away by Baker & McKenzie, Patton Boggs, and then SNR Denton (the former Sonnenschein firm).

The environmental experience converged with the energy practice in the one-of-a-kind representation of Longhorn Pipeline. That 16-year representation involved asset due diligence, acquisition, project development, permitting and authorizations, construction contracting, operational contracting, contract management, dispute resolution and, most importantly, navigating the most contentious and most thorough pipeline NEPA process of its time. Longhorn broke new ground in the realm of pipeline risk assessment, risk management and integrity management, and Vince was the legal advisor with intimate knowledge of the system, its history, its risks and consequences, and the mitigation plan that propelled the project forward. Vince also was integral to implementation of the mitigation plan, whether based in the system integrity program, procedures, analysis of system and operating data, monitoring, or achieving compliance and demonstrating that compliance to PHMSA, EPA, and CEQ.

Vince's interest in pipelining and his dedication to the industry are reflected in his associated work for our industry trade associations. An original member of the API/AOPL Performance Excellence Team, Vince continues to advise that panel, as well as pitching in on the 2010-2011 Pipeline Safety Act Reauthorization Team, the 2011-2012 Leadership Safety Initiatives and contributing to industry commentary on various rulemakings. Vince frequently presents before the API Pipeline Conference, the AOPL Annual Business Conference, bar associations from Dallas to the ABA, and other interested and aligned groups.
Organizations Education